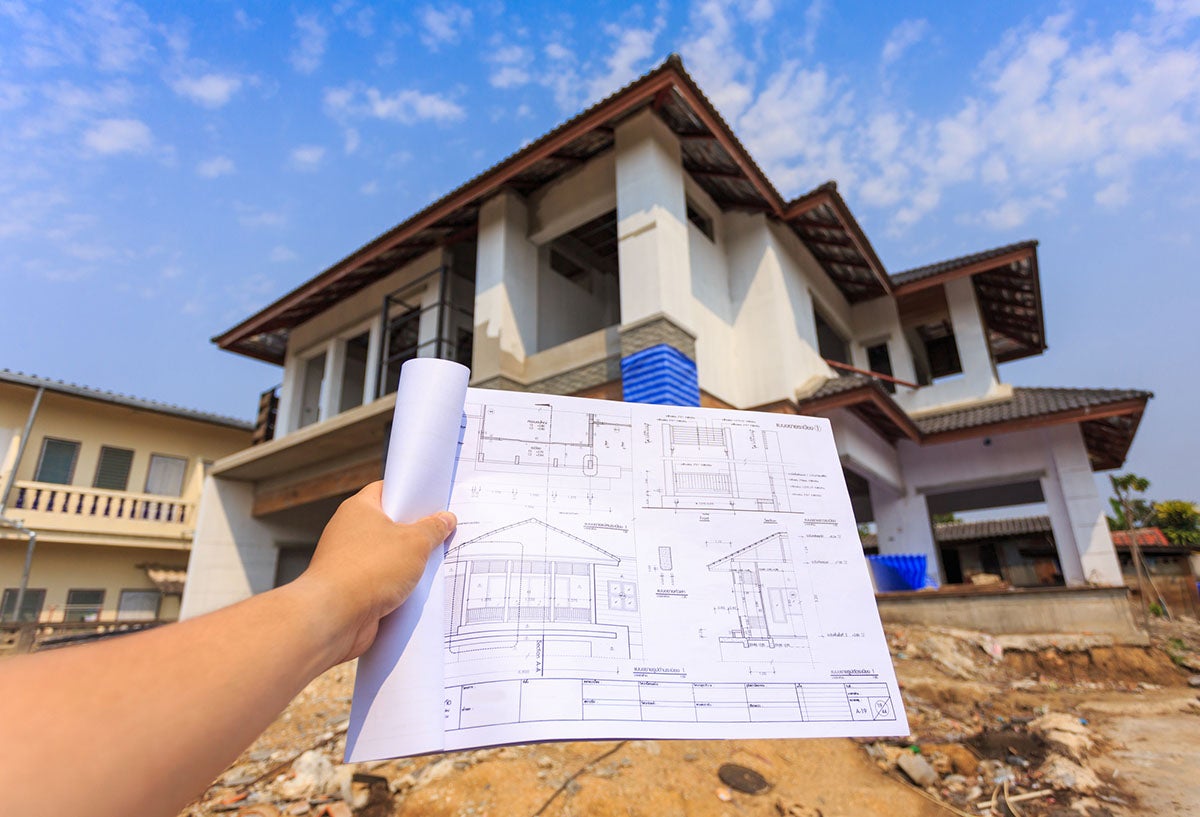 254 Tamarisk Drive was listed on the Bay Area property market in early August for $850,000, and it prompted a bidding war that reached $1 million. The 1968 four-bedroom ranch, with half-century-old fixtures and a patchy grass, was not only uninteresting, but it had also been “fire charred” before it was put on the market. Despite this, the home’s buyers are likely to have gotten a terrific deal: according to Redfin, the home might now be worth as much as $1.36 million.

This extreme scenario exemplifies a housing market in crisis: Americans are paying ever-increasing astronomical prices for ancient housing that is, at best, substandard and, at worst, dangerous. Indeed, the real-estate market in the United States has begun to mirror the vehicle market in Cuba, with a stagnating supply of junkers being pressed into service far beyond their planned lifespan.

There is a lot of self-righteous talk about the need for more preservation in housing circles. And many American homes, without a question, deserve to stay put. However, the truth is that we have a passion for old houses. Whatever your aesthetic preferences, new construction is superior in practically every way, and we should be building a lot more of it if we want to provide universal access to adequate housing.

The median home in the United States is now 39 years old, according to census bureau data collated by House Method, up nearly 20% in only the last decade. The median age of homes in the northeastern states of New York and Massachusetts is substantially higher, at 63 and 59, respectively, whereas in Nevada and Arizona, the average home is barely old enough to rent a car.

However, this isn’t an East-West issue: California’s median home is nearly 50 percent older than the Carolinas’. San Francisco’s typical home is now 15 years older than its New Orleans counterpart, not because the former is older, but because the latter is so slow to allow new building.

Barriers to development have reduced housing output across the country, notably along the coasts, to the point where we now have a nationwide demand-supply mismatch of 6.8 million dwellings. According to the National Association of Realtors, we would need to build at least 700,000 new homes every year to break even over the next ten years.

Meanwhile, we’re stuck with a lot of run-down housing that, to put it bluntly, stinks. It’s one thing to have a majestic Victorian home in the Berkshires. However, if you live in a Boston triple-decker, a San Jose house made from a kit, or a Chicago greystone, you are living in the affordable housing of previous generations. These constructions were designed to endure a half-century—at best, with proper maintenance—at which point the developers realized they would need extensive renovation. In general, however, the upkeep has been sloppy, restoration has been delayed, and any type of redevelopment is illegal due to overbearing zoning.

Uneven floors and steep stairwells may appear to have “character.” There will be no debate here. However, most of the time, older housing is simply less safe. Lead was widely used in house paint until 1978, and in water pipes into the 1980s. Despite the fact that lead paint is no longer used in new construction, the CDC estimates that 24 million old homes are still painted with it, including many Levittown homes built in the 1950s, and 9.2 million homes still have lead pipes.

Take, for example, fire safety: electrical fires account for one out of every ten house fires, resulting in the deaths of over 500 Americans each year. These fires are primarily caused by faulty and aged wiring, which is common in older homes. Worse, many older homes lack the tools required to put out a fire after it has started; in 2016, a single lost cigarette may have been the cause of the fire that engulfed San Francisco’s Graywood Hotel, a 116-year-old single-room-occupancy building that housed roughly 77 people.

Even when old housing does not kill its people, most of it is built to be discriminatory. Standard elements like ramps and elevators, as well as more subtle accessibility features like automated doors and wheelchair-friendly units, were not needed prior to the passage of the Americans With Disabilities Act and recent changes to the Fair Housing Act, and were thus rarely given. As a result, traditional housing typologies such as New York City’s walk-up tenements confine many thousands of seniors while limiting housing options for many more.

The fact is that the dreaded cookie-cutter five-over-one apartment buildings springing up all across the country solve all of the difficulties associated with existing housing and then some. Sprinkler systems and elevators are required by modern building rules, and lead paint is prohibited. New buildings rarely burn down, rarely poison their occupants, and almost always have at least one or two wheelchair-accessible flats.

New housing is also just plain wonderful to live in—in many ways an objective improvement over what came before, despite what old-home snobs may say.

Noise is now widely acknowledged as one of the most serious quality-of-life issues in cities. Sophisticated homes and apartment complexes are not only better insulated, but they also include modern HVAC (heating, ventilation, and air-conditioning) systems, which allow them to be heated and cooled with a fraction of the energy used by older residences. The savings from new housing could have substantial ramifications for climate change, given that heating and cooling account for approximately half of total household energy use in the United States. That tiny space heater, let alone your window AC unit, battling to keep your drafty old flat warm isn’t just unattractive. It’s also a failing of the climate system.

New construction is also pleasant in smaller ways. Kitchens, which are no longer walled off from the rest of the house, are larger, as are bathrooms and closets. Modern windows allow you to bathe a unit in natural light without having to worry about temperature or noise. Smaller unit sizes, such as studios and one-bedroom apartments, are more appropriate for smaller households. In-unit laundry is becoming increasingly widespread, as are balconies—amenities that have only increased in value as a result of the COVID shutdowns.

Consider the Japanese technique for comparison’s sake. The average Japanese house gets demolished 30 years after it was completed, which is the true life expectancy of a typical low-cost structure. There isn’t much of a “used home” market in Japan: In Japan, 87 percent of home sales are new, compared to 11 to 34 percent in the United States. As a result, the majority of Japanese homes now have a new home or apartment, complete with all of the modern amenities and design innovation that comes with it, including ever-improving seismic regulations. Despite its rising population, Tokyo remains one of the most affordable cities in the world thanks to this continual supply of new housing.

Kristen Spruill, Broker/Realtor® for new home sales and luxury properties in the Raleigh-Durham area, strives to look after the best interests of her clients while providing unparallel service and attention to detail. Raised with a high level of integrity, her focus is to understand, inform, and educate her clients throughout the home buying/selling process to effectively achieve their goals. 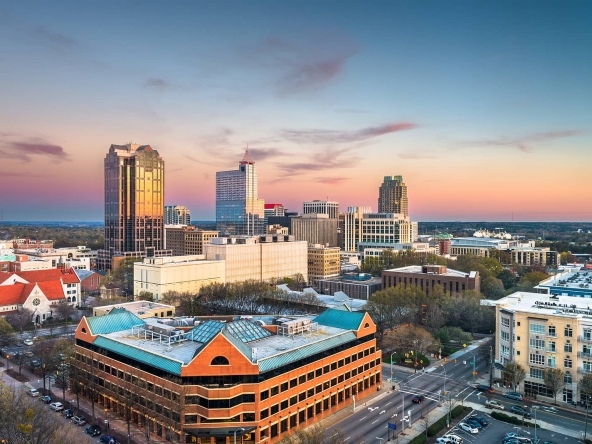 For potential homeowners, the previous year has been a roller coaster, but reports suggest that...
Continue reading
by Gary Zhou 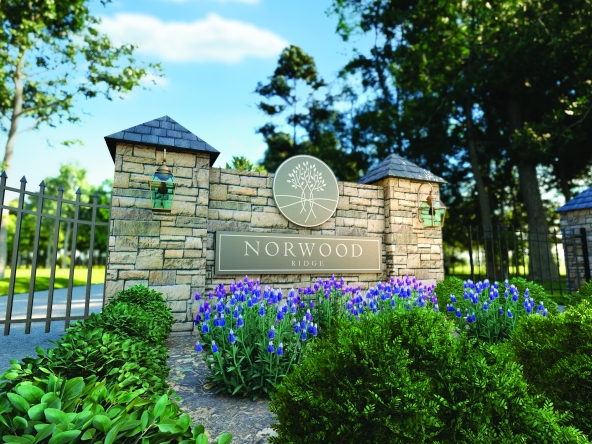 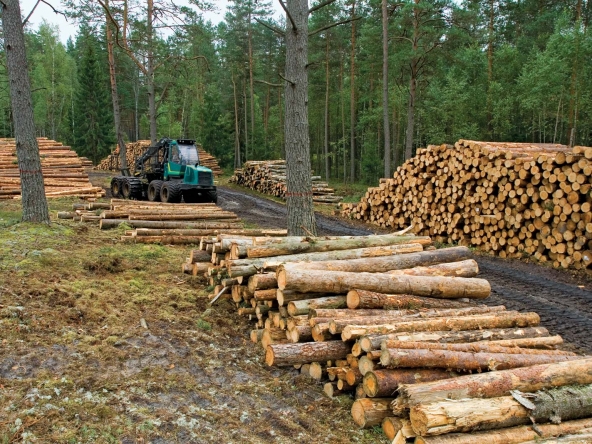